The Carrier Bag Theory of Fiction by Ursula K. Le Guin is published with an Introduction by Donna Haraway and images by Lee Bul by Ignota.

“A book holds words. Words hold things. They bear meanings. A novel is medicine bundle, holding things in a particular, powerful relation to one another and to us.” Ursula K. Le Guin

Week 2: Elysia Crampton Chuquimia
“A medicine bundle, holding things in a particular, powerful relation to one another and to us.” — Ursula K. Le Guin

For the second episode of Carrier Bag Music, Elysia Crampton Chuquima responds to the concept, image and process of the medicine bundle — a collection of sacred items with spiritual significance, held in a special carrier, in Indigenous American cultures. Spanning over seventeen years of the artist’s life, this episode comprises original music and edits by the artist and includes the premiere of a previously unreleased track ‘Stars Over Riparian Corridor’ and features music released under the artist’s Jaqi name, Chuquimamani-Condori — the name given to her as a form of honour and recognition from the elders of her nation.

“Although it’s possible to contextualise Crampton’s work among that of her contemporaries, hers is a truly singular style…she’s able to synthesize numerous musical forms, crashing timbres, dense percussion, mauled samples, pretty synth lines, club music structures dismantled from within, and much more, into bold music rich with purpose and feeling.” — The Wire

Week 3: Jenna Sutela
The third episode of Carrier Bag Music by Jenna Sutela is a mixed bag of sounds and music by humans and non-humans. A proposal for interspecies symbiosis, this otherworldly mix gathers collaborators including slime mould, space bacteria, artificial intelligence and yeast cells.

“Go on, say I, wandering off towards the wild oats, with Oo Oo in the sling and little Oom carrying the basket.” —Ursula K. Le Guin

“I evolved as a vessel for others to proliferate. Bacteria, babies. Germs, parasites. Both organic and synthetic. Love and want. Not merely eye to eye, but eye to mouth, mouth to ear.” — Jenna Sutela and Elvia Wilk: nnother, 2020

Week 4: Victoria Sin
For the final episode of Carrier Bag Music, Victoria Sin presents a bag of dreams containing the potential for awakening. Exploring different states of consciousness, the artist questions what and how we know.

With excerpts from past and future performances, original sketches, a voice note from a lover, sound recordings from the edge of the world and from the artists’ childhood home, erhu solos by Sun Huang taken from a performance of the Butterfly Lovers Concerto, a dream from the Chuang Tzu Inner Chapters, ‘Earth, Wind, Fire, Water, and Spirit’ from the album ‘The Body is a Message of the Universe’ by Shiho Yabuki, and excerpts from the artist’s dream diary during lockdown.

Biographies
Elysia Crampton Chuquimia is an American artist and musician belonging to the Pakajaqi Aymara nation. Her eclectic music is the flashpoint of myriad influences opening upon the complexity of Aymara becoming. Underscored by radical and queer politics and touching upon themes of science fiction, faith and ontology, Crampton’s experimental work gives sonorous form to contemporary expressions of Aymara resistance and survival: a project of ‘becoming-with’, in the shades given this term by Donna Haraway via prison abolitionist Che Gossett.

Jenna Sutela works with words, sounds, and other living media, such as Bacillus subtilis nattō bacteria and the “many-headed” slime mold Physarum polycephalum. Her audiovisual pieces, sculptures, and performances seek to identify and react to precarious social and material moments, often in relation to technology. Sutela’s work has been presented at museums and art contexts internationally, including Guggenheim Bilbao, Moderna Museet, and Serpentine Galleries. She is a Visiting Artist at The MIT Center for Art, Science & Technology (CAST) in 2019-20.

Laurel Halo is an electronic music composer, performing artist and DJ, born in Detroit and based in Berlin. Since the release of her debut album Quarantine (2012) on the pioneering London label Hyperdub, she has established herself as a distinct and innovative voice in the electronic music sphere. Drawing from a range of music lineages, her considered approach has enabled her to maintain a signature aesthetic across a stylistically diverse output, traversing pop, ambient, leftfield club, experimental electronica and film score. She has released on labels including Hyperdub, Honest Jon’s, Latency and Livity Sound, and has collaborated with John Cale, Metahaven, Hodge, Eli Keszler, Julia Holter and Hatsune Miku, among others. Her most recent LP is a collection of original score for the 2018 Metahaven film Possessed, released by Vinyl Factory in April 2020.

Victoria Sin (b. 1991, Toronto CA) is an artist using speculative fiction within performance, moving image, writing, and print to interrupt normative processes of desire, identification, and objectification. Drawing from close personal encounters of looking and wanting, their work presents heavily constructed fantasy narratives on the often unsettling experience of the physical within the social body.

Public Knowledge is a new strand of programme happening monthly at Camden Art Centre. It provides a platform for independent and expanded forms of publishing and distribution. The programme seeks to empower emerging or under-represented artists, musicians, poets and writers to introduce and discuss their work with new audiences through discussion, live performances, listening sessions, moving-image, and digital broadcasts. During the temporary closure of our building, due to the Covid-19 pandemic, events will now be hosted online at camdenartscentre.org 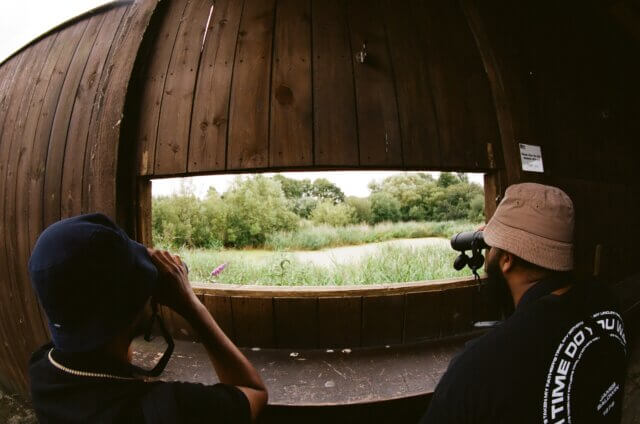